Liposuction, also known as lipo, is one of the most common and transformative plastic surgery procedures to slim and reshape areas of the body that don’t respond to diet and exercise. Dr. Sheffield of SB Aesthetics is a specialist employing all of the latest techniques for liposuction Santa Barbara with the idea of creating a natural looking result. The popularity of this procedure for most patients is relatively simple to explain.

What is Tumescent Liposuction?

Tumescent Liposuction is a minimally-invasive technique where unwanted fat is removed from areas like hips, buttocks, thighs, calves, ankles, breasts, neck, and arms. This technique can be performed by itself or in combination with others to achieve the desired results.

When should you consider liposuction Santa Barbara?

Neck Liposuction Before and After 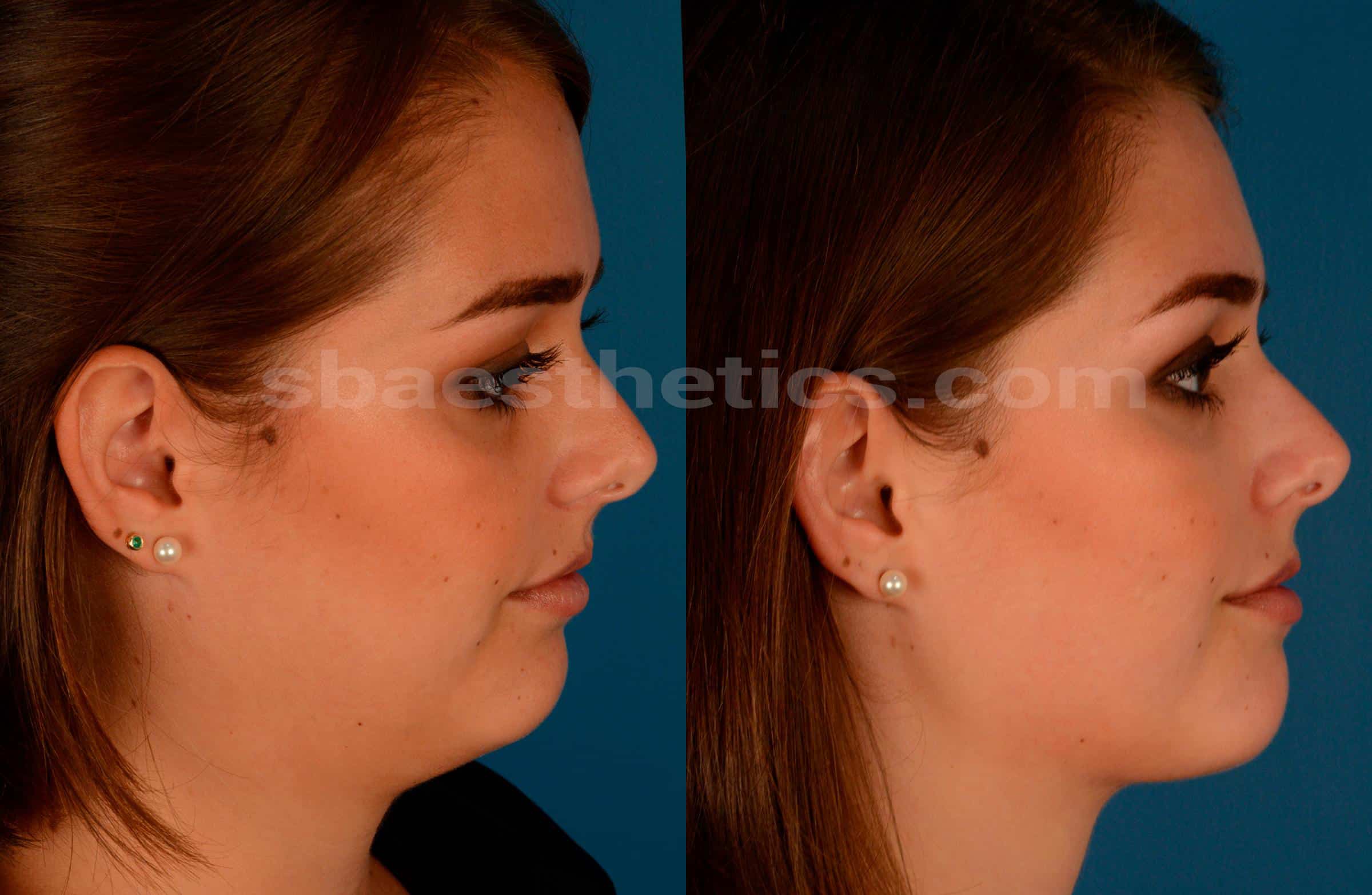 People that found it difficult to eliminate stubborn fat in certain areas of the body. Also, some other conditions like:

A consultation with Dr. Sheffield is the first step to do the full assessment and determine if you are the right candidate for the liposuction Santa Barbara procedure; before and after pictures are always taking during the evaluations. Your medical history will be examined together with your current and previous medications or supplements during this consultation.

After choosing the right treatment for you, Dr. Sheffield will go through a series  of specific explanations and recommendations in each case:

SELECTING A SURGEON IN SANTA BARBARA

During your consultation, the doctor will go through all the process and some frequently asked questions; however, don’t forget to include your personal questions; some of these common questions are:

Abdominal Liposuction Before and After 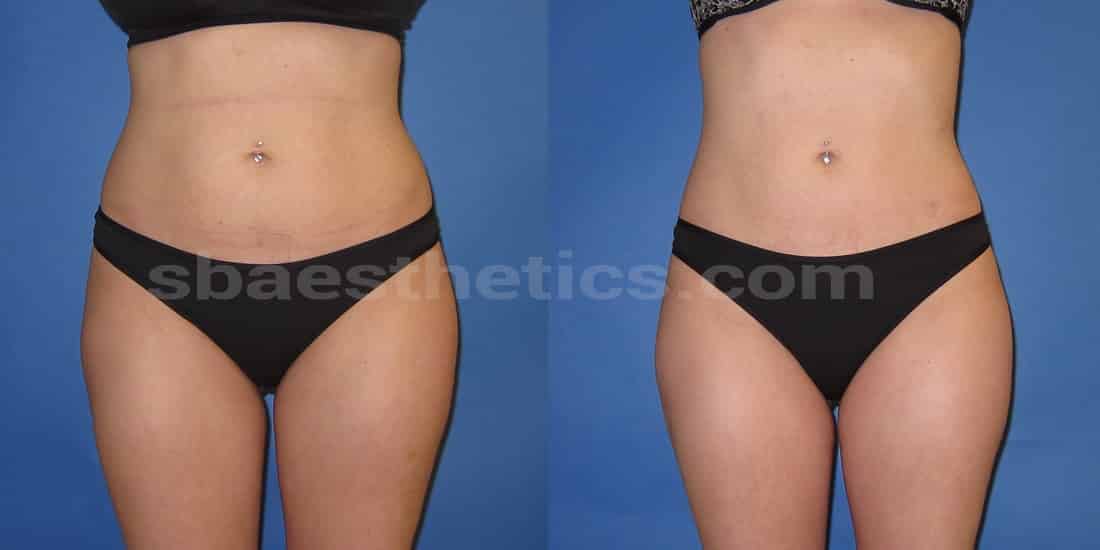 STEPS FOR THE LIPOSUCTION PROCEDURE

Small cannulas are inserted through the small cuts in your skin to remove the underlying fat using suction. These cannulas are moved around the area to suction this unwanted fat. During the tumescent liposuction, only local anesthesia is used mixed with a vasoconstrictor drug to reduce bleeding risk compared to other techniques developed in the past.

The doctor will guide you about the preparation for your procedure and give you some instructions similar to these:

The first step will be to infiltrate a solution made of epinephrin that will act as vasoconstrictor and lidocaine into the areas that will be treated. This will make the area tumescent (swollen). The epinephrine works, reducing the blood loss during the treatment hence dropping the risk of bruising. The next step will be to make the incisions and insert the cannulas linked to the vacuum device connected to a collection system; the cannula will be moved across the area to treat to remove the fat tissue, and no stitches are needed thanks to the incision size, these are only a few millimeters.

Tylenol is indicated to manage the discomfort even if the anesthetic injected usually reduces the pain for the next 24 hours after the procedure. Ambulation is recommended as soon as possible to increase the recovery process, but exercise can be started one week after the procedure is done. Improvement will be noticeable in the new weeks, but the full result can take up to six months. A compression garment is worn usually 1-2 weeks following the procedure to aid in recovery.

Complications are minimal, and they include lumpiness, loose skin, dimpling, infection, and scaring. Most of them reversible. When choosing a board-certified specialist in the area, the risk of complications is reduced.

After your procedure, you need to go back to your doctor’s office for a follow-up consultation. In this consultation, the Dr. Sheffield will guide you through any additional aftercare and recommendations.

Hips and Thighs Liposuction Before and After 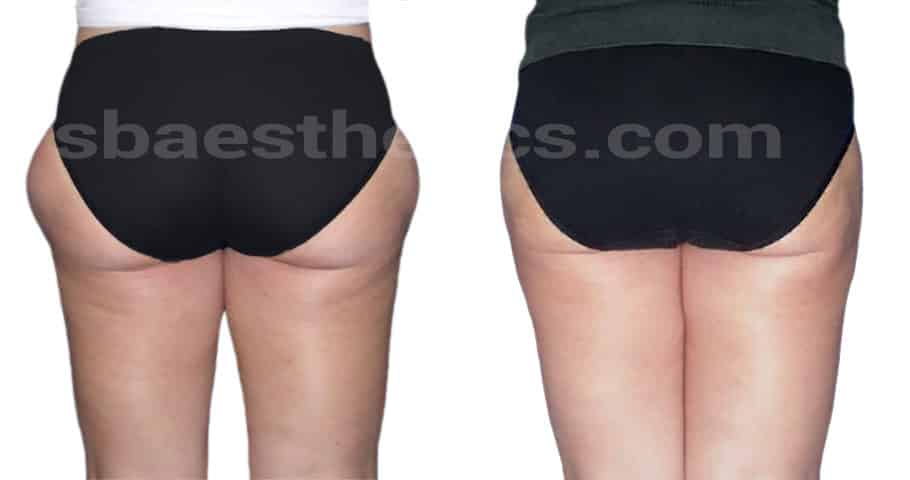 What does the word tumescent mean?

What is the tumescent liposuction technique?

The word tumescent means swollen; hence, a large volume of dilute lidocaine (local anesthetic) and epinephrine is infiltrated into subcutaneous tissue before the liposuction itself, making this tissue tumescent (swollen).

What is tumescent liposuction?

What are the benefits of this tumescent technique?

This technique offers some benefits over older liposuction techniques, avoid the use of sedative drugs or general anesthesia, changing this for local anesthesia instead, and reducing the risk of bleeding even after the procedure due to the epinephrin application directly into the subcutaneous fat that will be removed.

When was this technique developed?

This tumescent technique was developed in 1985 by Dr. Jeffrey A. Klein, a dermatologist in California, and published two years later in the American Journal of Cosmetic Surgery. The first liposuction technique was developed in the late 70’s in Europe and could only be performed under general anesthesia, and blood loss was an issue. This led to Dr. Klein developing this technique where the downtime is minimal, there is no need for general surgery, and blood loss is kept to the minimum.

How much blood is lost during tumescent liposuction?

One of the benefits of this technique against the previous liposuction technique is the modest amount of blood loss.  In the older techniques, significant blood volume was involved, and sometimes blood transfusions were part of the recovery.

Is bruising the same during regular and tumescent liposuction?

Bruising during tumescent liposuction is less compared to other techniques. First of all, the incisions’ size during the tumescent technique is minimal; between 1-3mm, these are non-sutured incisions called adits; this maintains these incisions open for about 48 hours and permits to drain out the remaining fluid.  Also, with the vasoconstriction caused by adrenaline, the blood release under the skin is minimal, so the chances of bruising are minimized.

Are they complications associated tumescent liposuction?

Contour irregularities can occur if liposuction is too superficial.   Infection, lidocaine toxicity and fat embolism have been reported, but are very uncommon.

Click below to learn more about other Cosmetic procedures and Facial Rejuvenation.

Back to Lower Eyelid Surgery

Interested to know about your liposuction Santa Barbara options?  Whether you are thinking about having cosmetic surgery, a non-surgical procedure or have had prior surgery and are seeking additional touch-ups, it is critical to work with a skilled plastic surgeon that specializes in facial procedures. Dr. Robert Sheffield is a board-certified facial plastic surgeon at SB Aesthetics offering services to those in Santa Barbara, Santa Maria, San Luis Obispo, Oxnard and Ventura, CA, and the surrounding communities.  Dr. Sheffield offers patients a customized treatment plan and is available to answer your questions. To schedule a consultation, call (805) 318-3280 today.