Dr. Robert Sheffield is a third generation physician whose focus is on facial aesthetic surgery including minimally invasive and non-surgical ways of facial rejuvenation. As a Santa Barbara plastic surgeon, his interest in aesthetics has taken him along many paths to his present practice style. However, he never has changed his total commitment to the goal of physical improvement in a patient’s appearance but also help achieve a better self-image which obviously is most important.

Dr. Sheffield’s interest in aesthetics began at an early age whether it was painting or wood carving. After following the footsteps of a number of family members he finished medical school at the University of Tennessee and headed west for surgical internship in Los Angeles. After a tour of duty in the military he completed residency training at the University of Florida. After several years of private practice in north county of San Diego he continued his innovative surgery by being one of the first surgeons in San Diego performing complicated reconstructive procedures of the head and neck region.

His desire for further education and research lead him to Dallas for further training in plastic surgery at the premier training program in the US. He continued his interest in ear reconstruction and further expanded his training experience in all aspects of the field including aesthetic surgery. Dr. Sheffield was one of the founders of annual Rhinoplasty Symposium which still today is the best teaching course in the world. He remained an Assistant Professor of Plastic Surgery at the University of Texas Southwestern for several years before relocating to Santa Barbara in 1991. Since that time he practiced plastic surgery in Montecito.

He is a life member of the American Society of Plastic Surgeons and a life member of the American Society of Aesthetic Plastic Surgery. He was active in the American Cancer Society in Santa Barbara including the board of directors. Dr. Sheffield also was the medical director for the Santa Barbara Triathlon for ten years. In 2002 he spent several weeks in Bolivia performing cleft lip and palate surgery along with burn reconstruction. He appreciated his chance to see what medical issues exit elsewhere and how lucky we are to have the sophisticated care here in the US. . In 2010 he transitioned a fellow plastic surgeon into his practice and for a few years developed an interest in growing Meyer lemons.

After a short time he realized his dedication and challenge of medicine were his true passion and therefore, returned to practice joining several well respected dermatologists in Santa Barbara. In recent years he has come to the conclusion that facial aesthetic surgery along with minimally invasive surgery or non-surgical treatments has an important role and a major advantage for patients because the quality of the results are quite good and the recovery time is minimal. Using a special technique he is able to do procedures under local anesthesia. His focus today is still the same in terms of goals for patients, having them feel his dedication and devotion to them is unparalleled. The field of plastic surgery in Santa Barbara is changing and today the quality of results are better than ever. Patients have more options to choose procedures that are more or less invasive.

Dr. Sheffield‘s practice today is focused on eyelid surgery, mini facelift and less invasive minimal and non-surgical methods of facial rejuvenation. The options seem endless but the idea is to understand the patient’s goals and offer to the patient a reasonable treatment plan which would meet or exceed expectations. 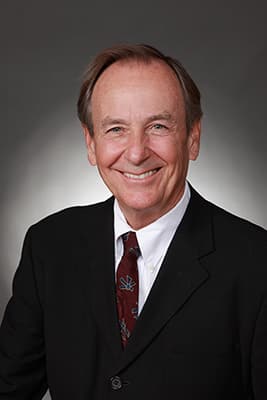 “I would like to thank you and your staff for your kindness & consideration. Most of all thank you for being a caring doctor. Thank you again.”

This letter is long overdue, but being a creature of procrastination I have just not taken the time to write it. It has been almost 3 years since you performed my breast reconstruction. You definitely did change my life in doing such a wonderful job. Thanks again for everything, and if I ever need surgery again, I would want you to do it.

I didn’t know how to say thank you for all your kindness in arranging my surgery so I decided to send you something you didn’t have and wouldn’t get. The Mall of America is my husband’s newest creation- Hope you can use these for casual moments

Thank you for the beautiful work that you have done with my little Alex’s scar. You not only did a wonderful job on mending the wound, but you made us feel like you knew the pain we were experiencing and eased our minds tremendously. We look forward to seeing you in June for the follow up. 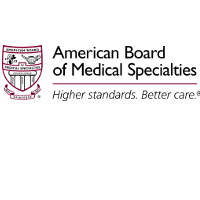